Installation of a gate and a Fencing made of corrugated board. 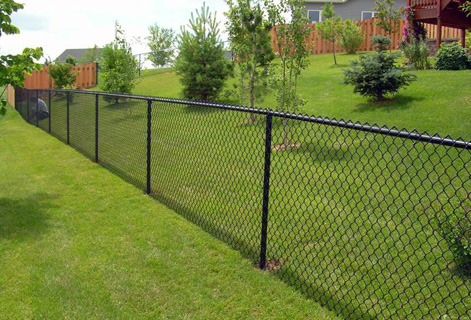 Everyone who has their own home surrounds it with a fencing that allows them to isolate themselves from prying eyes. Privacy is especially necessary in the city, in addition, the fence is the protection of the property located on the owner’s territory. Currently, most often they build a fencing and gates from corrugated board, which completely hides the house and its inhabitants from prying eyes.

First, you need to think over the sequence of your actions if you decide to install a ffencinge from corrugated board on your own. First of all, calculate the amount of material required for the installation. To do this, measure the perimeter of the territory that they are going to fence. At the same time, they take into account how high the planned fence will be, mark the installation locations of the entrance wicket and the entrance gate for the car. Having calculated the perimeter, they are determined with the size of the span between the support pillars.

Fencing installation procedure Work begins with marking the corners of the fenced area. The corners are designated by hammering the posts. A cord is pulled between the corner posts, along which the locations of the support posts are marked. Supports, as a rule, are metal pipes of various profiles.

When installing metal fencing supports, measures are taken to prevent corrosion on them. All metal elements of the fence are coated with a primer and paint that has high anti-corrosion properties. To prevent water from entering the column, caps are put on or welded onto the upper sections of the pipes. A fencing made of corrugated board usually has a cross-section of support elements with a diameter of about 75 mm or 60 × 60 mm if the profiles are square.

Installation of support pillars After marking the places for installing the poles, they begin to drill holes, which can be dug out by hand. The depth of the holes under normal conditions is within 1/3 of the height of the fencing, but sometimes it reaches three quarters in case of loose soils, strong winds or deep freezing of the soil in this area. The fastening of the support pillars is carried out by tamping (butting) or pouring concrete. The first method is cheap and affordable, while the second is very reliable.

The installation of the pillars is carried out in the following order: Corner supports are installed according to the marking; Between the extreme pillars of one side of the fencing, a string is pulled, fixed on the upper cut of the support; Intermediate supports are installed aligning along the stretched lace; The building level or plumb line controls the correct fixation of each pillar.

There is a rule according to which the next post is installed after the concrete of the previous one has hardened. It usually takes 2-3 days for hardening.

Installation lag After installing the pillars, they begin to install the lag, on which the sheets of corrugated board will be attached. Span beams are most often fastened by welding. However, it can be done with bolts. Lags can be made from a metal corner 40 × 40 mm or rectangular shaped pipes 25 × 40 mm. Three crossbars are installed on a fencing made of corrugated board with a height of more than two meters.

The fastening of the corrugated board is made with self-tapping screws for metal, using an electric screwdriver or an electric drill with a special bat. Fastening is performed in the recessed part of the wave, usually through one depression. The height of the level of fastening of the profiled sheets is controlled by means of tensioned cords.

An additionally stretched cord at the lag level indicates the line for installing screws. When performing installation, you should take precautions, since the corrugated board has sharp metal edges. Special edge strips are put on horizontal edges for strength and improvement of appearance. Having minimal construction skills, you can install such a fencing from corrugated board yourself.

Very often, a self-built fencing leads to the desire to complete the construction of the fence by building a gate from the same material. Decking is exactly the material that is perfect for the construction of an entrance gate. Profiled sheets are produced with different characteristics for purpose and strength.

Low weight, which makes installation of the structure quick and easy. Support pillars can be non-massive at such gates, which has a positive effect on the total cost of the entire fence, if a fencing made of corrugated board has already been installed. Profiled sheet sashes can be given any look you like. This material works well with other materials.

The color of the corrugated board in our time is not limited by any criteria. The gate can be made to match the general fencing, supporting pillars and the facade of the house. The choice of street gate designs is quite wide, but swing and sliding gates are mainly popular. By installing fences and gates from corrugated board, the owners of private land plots create a single, albeit modest, ensemble of fencing. Swing gates and drives to them The design of swing gates seems to be familiar to everyone.

They have two leaves when closing the gate, moving towards each other. Gate panels are attached to the posts with awnings. The smooth movement of the shutters depends on the design of the awnings and the correct installation of the support pillars. Three types of automation are installed on swing gates.

Linear (worm) design works reliably, takes up little space and is relatively cheap. The gate leaf moves under fencing the action of an extending or shortening stem, which is driven by a worm gear. Actuators of this type are installed on metal profile pipes or channels, which are often used as gate supports.