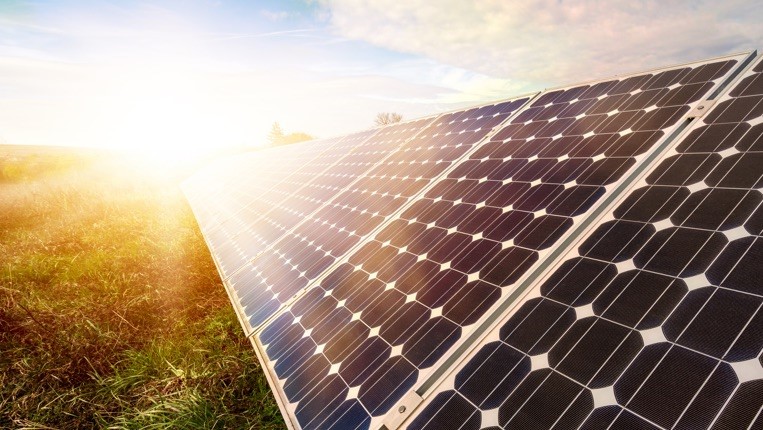 Solar energy markets are undergoing a remarkable transformation, now at the beginning of the year: solar energy , for the first time, is becoming the cheapest  form of green electricity.

Solar energy competes with the price of natural gas

This is also the case with isolated projects in the past, when, following highly competitive auctions in the Middle East, the cost of solar energy reached a record low. But now, unsubsidized solar projects end up competing for coal or natural gas, and especially solar projects in emerging markets cost much less than wind projects, according to Bloomberg New Energy Finance.

The chart below shows the average cost of a wind and solar system in 58 emerging markets, including China, India and Brazil. It was expected that the solar systems would fall in price below the wind turbines, but few predicted that the decline would happen so soon.

Solar energy at half the price of coal

This year the solar energy has seen a remarkable increase. Auctions, where private companies competed for massive electricity supply contracts, managed to set record after record for cheap solar power. Starting at $ 64 per megawatt / hour in India in January 2016, reaching $ 29.1 in August in Chile. This was the record for cheap energy, being about half the price of coal .

When the projects started in 2016 are completed, solar energy will globally surpass wind energy , for the first time in history. Bloomberg New Energy Finance’s latest projections estimate somewhere around 70GW newly installed in 2016, compared to 59 GW of wind installations.

However, switching to full clean energy may be more expensive in rich countries, where demand for electricity is constant or declining and new solar systems should compete with existing coal and gas power plants (worth billions of dollars).

But in countries where the need for new electricity is pressing, green energy will seriously compete with any other energy source.

The most competitive markets in terms of solar energy

The world has recently passed a turning point due to the growing development of solar energy systems, surpassing coal and natural gas.

When it comes to investments in renewable solar energy, emerging markets have taken the lead over the 35 member nations of the Organization for Economic Co-operation and Development (OECD), spending $ 154.1 billion in 2015 compared to $ 153.7 billion spent by richer countries. .
Growth rates for green energy implementation are higher in these emerging states, so they have every chance of remaining clean energy leaders indefinitely, especially now that three-quarters of them have set clear targets for clean energy production