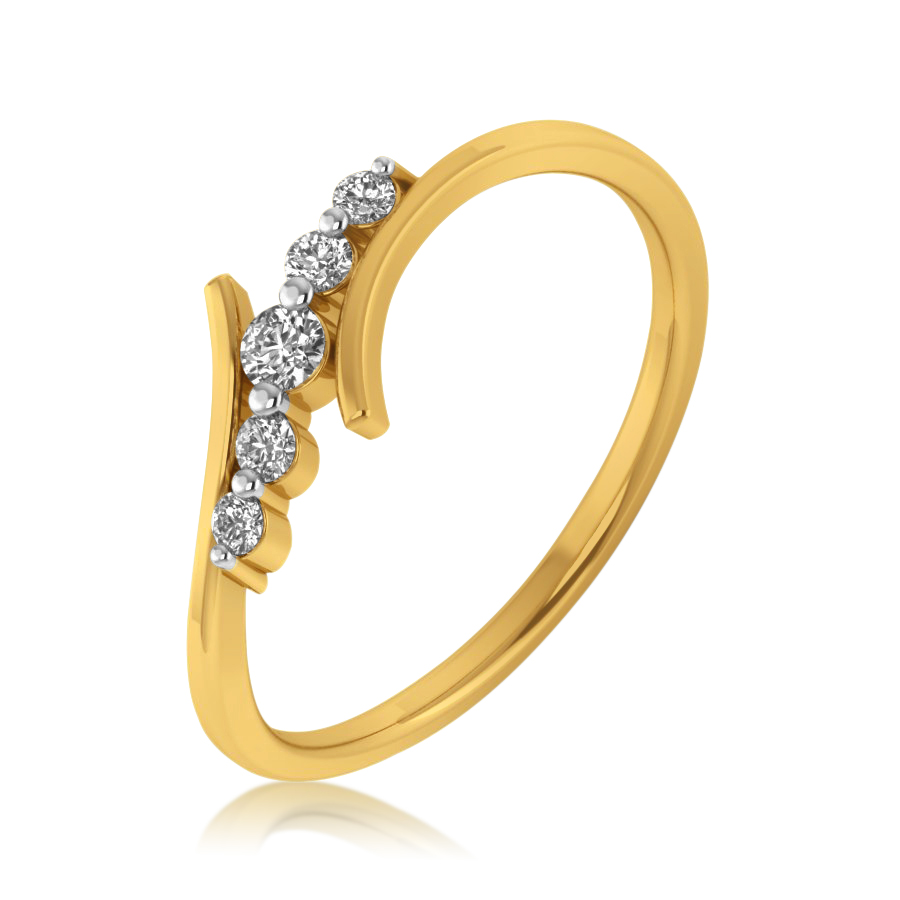 A diamond ring is one of the most popular jewelry. This colorless or slightly yellowish stone is able to reflect and refract light rays, giving glare of all colors of the rainbow. A diamond ring has a special, almost sacred meaning.

Features and benefits of diamonds

A diamond ring is a diamond that has been cut to shape by cutting. Chemically, this stone is carbon with a small amount of impurities, the presence of which depends on the deposit of the stone.

Diamonds are mined on almost all continents. The ten largest deposits of the mineral are known throughout the world. Five of them are in Russia. In Australia, diamonds are mined in the Argyle deposit. In Angola, the source is the Catoca quarry, in South Africa, the Venice quarry, in Botswana, Orapa and Jwaneng.

Diamond and graphite have one chemical formula (C) and one molar mass (12 g / mol). For graphite to transform into diamond, an extreme temperature of 1100 ° C and a pressure of over 35 kilobars are required.

Diamonds are mined in one of the following ways:

Newly discovered diamonds look dull and inconspicuous. They have a light gray tint and a translucent shell. And only skillful cutting gives the stone its unique luster. Not all diamonds mined are suitable for jewelry making. Only 15% of the minerals found become diamonds as a result. Only the best pieces are selected for the production of jewelry.

Translated from Greek, the word “diamond” means “indestructible.” In the absence of extreme temperatures and extremely strong mechanical influences, a diamond retains its appearance for hundreds and even thousands of years.

However, diamonds are popular for more than just their properties. De beers’ brilliant “Diamonds Are Forever” marketing campaign in 1946 played an important role. This advertising slogan was used in the title of one of the James Bond films with Sean Connery. De beers partially sponsored the filming and screening of this series.

The aim of the advertising campaign was to introduce diamonds into permanent use. They ceased to be the privilege of the elite and found a wide range of buyers. It was from that time that a diamond ring became an obligatory gift for the bride on the day of the engagement, and the classic gold wedding ring without inserts received an alternative in the form of a diamond ring. It was effectively combined with an engagement ring on the same finger. A little later, jewelers began to produce sets of engagement and wedding rings.

The ad featured hundreds of famous actors and models who urged consumers to buy diamonds for all occasions. Around the same time, everyday diamond jewelry appeared.

7 rules for wearing this stone

Diamond as a symbol of endless love

The ring as a symbol of love and endless fidelity has been known since the times of Ancient Egypt. A ring has no end, just like true love has no ending. The tradition of inserting diamonds into engagement and wedding rings has arisen due to the almost infinite service life of this stone.

He, like the shape of the ring, the strength and inviolability of the donor’s feelings towards the woman he loves. The color of this stone is also important. Its transparency and crystal clarity indicates the purity of a man’s intentions. Giving a diamond, he guarantees the girl honesty and indestructible protection throughout her life.

The size of a diamond matters little. Of course, the larger it is, the more expensive the gift is. Therefore, to express the most sincere emotions, you should choose the largest diamond. However, a small stone of crystal clarity will be quite appropriate. Another option is to give a ring with several small diamonds.

Who is the diamond suitable for?

From the point of view of etiquette, a diamond suits everyone: women and men, mature and young people. If earlier it was worn only by married women after 30 years, today this rule is outdated. The diamond goes well with any wardrobe style:

Some diamond jewelry looks harmonious even with ethnic and sporty wardrobe styles. The decisive role in choosing a diamond ring for combination with a particular outfit is played by the design of the product.

Printing services or scanning: a software solution for every need